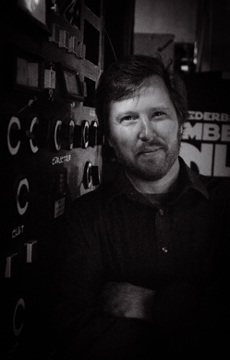 Over the past quarter-century, the liberatory and empowering potentials of new digital technologies have been squandered by Democratic and Republican administrations alike. While the rhetoric of reform and corporate accountability has been widespread, systemic failures to rein in harmful practices have stretched rule of law to the breaking point. And whether one looks at broadband implementation and the digital divide, surveillance practices and civil liberties, social media and misinformation propagation, the resulting societal programs have become dangerously destabilizing.

The next several years are likely to be a crucible for technology policy reform -- both domestically and in key venues around the globe. And, as policy debates and legal proceedings come to fruition, they are likely to set the trajectory of policy and regulatory reform efforts for decades to come. Drawing from 15 years on the front lines of DC's technology policy-making, this public lecture provides a behind-the-scenes look at the history and near future of the looming battles of 2021 and beyond.

Sascha Meinrath is the Palmer Chair of Telecommunications at Penn State University, and a former Vice President of the New America Foundation, where he founded the Open Technology Institute in 2008 and co-founded the Future of War Initiative in 2014. He is an expert in community internet and technology policy, with a special focus on rural and tribal broadband access. He recently led an extensive study of broadband access for the state of Pennsylvania, on behalf of the state legislature, with over 11 million tests conducted, and is currently working with researchers across the country to replicate the study in their states. He also co-founded Measurement Lab, a $100 million broadband measurement platform focusing on the accurately testing and monitoring of connectivity around the globe. He is the author of over 100 peer-reviewed articles, book chapters, and white papers, and serves as a board member for the American Indian Policy Institute and Brave New Software Foundation, among others. He has been named to the Time Magazine “Tech 40,” as one of the most influential figures in technology. He is also listed in the “Top 100” in Newsweek’s Digital Power Index. He is a recipient of the Public Knowledge IP3 Award for excellence in public interest advocacy. His expertise includes telecommunications, policy, broadband connectivity, spectrum policy, cybersecurity, privacy, and disruptive technology.